Logan here after a very lengthy absence. Things have gotten wild here in Chicago. For a while I thought a quarter of the city was going to be destroyed. I was wrong; I think it’s going to be at least a third. Crime is out of control. And, that’s what wound up with this week’s clusterfuck. All of our rooms are occupied.

There was a drive-by shooting right outside our free clinic. Tommy and Consuelo, a nurse, ran out because an ambulance driver passing by was collateral damage, and there were two dead people, two sick people and a couple of wounded outside. We were overwhelmed. Both Consuelo and Tommy had their masks pulled off in the scuffle, and were infected. Both tested positive.

That’s easy for me and Tommy. He got his own room, and we cleared out the gym and stacked shit nine-feet deep in the dining room so Consuelo would have a place to stay.  Deeann made daily visits, and I had to live in PPE, do all the cooking and cleaning, and no sex for almost three weeks. Skype is wonderful.

Anyway, Consuelo’s unemployed husband stayed with the kids, the stand-by nurse replaced Consuelo, and the clinic was running on fumes. We were all cleared after three weeks. Neither Tommy nor Consuelo ever had anything more than a bad cold. They got off easy. I had to become a short-order cook, and I’d have given my left nut to get Aunt Kamesha to visit until this crap was over. All the other two did was complain about the food and wine. That’s actually whine. They demanded drink service around the clock. I ordered refrigerators for both of them and left them outside their doors. Then I got complaints about how they couldn’t hook up the ice makers. I turned the air-conditioning down. Now they want blankets.

I’ve enjoyed as much pandemic as I can. The new date for doing away with restrictions is October. Yeah!

I have closed down my management consultancy. I am no longer able to stay awake long enough to get anything done. It is unfortunate, but the only thing certain when you start a business is that eventually you will leave it. This has put a roof over our heads and a food on the table for me and my family for twenty years; before that, I was a management consultant for half of my adult life. It's the most important thing to me after my family, and I'm closing multiple doors with this action.

I will no longer be a management consultant. Likely, I will no longer do either executive coaching or mentoring..Mentoring  young people in how to start and run their own businesses is the most rewarding thing I've ever done. I've learned more from my mentees than they have from me.

The firm is likely to carry on for a while; I've been grooming a Canadian fellow to take it over. He may not choose to rely on my brand, which is fine. He needs to establish his own at some point, and no one can do that for him. I'll need to write to a good many people and let them know that I have moved on. I only regret I did not do it sooner.

I'll continue writing. In addition to this blog, I have an online column called One Foot in the Gravy under another name, BillHeath.substack.com. It is free at the moment, and may remain free forever. I've sorely neglected keeping up Logan and Tommy's Pandemic Diary, as well as having done little on Sea Monsters since my last update. I'm still hoping to publish it before summer. Logan's next update is in the works; he's been busy taking care of both Tommy and one of the nurses, both of whom caught Covid19. They're recovering with no complications, but all three of them in the apartment are going nuts.

I've become quite active in Substack. It was established to provide a voice to the voiceless, those who were consistently shut down by Big Tech for failure to be sufficiently zealous in the new religion of Woke, or attempting to publish articles that were less than fawning about Democrats. I was a Democrat most of my life, but understand the ethics of journalism. A journalist cannot be an advocate for one political position and report only news that fits his or her existing biases. I follow two outstanding journalists, Glenn Greenwald and Matt Taibbi, both with more than twenty years as prize-winning investigative journalists. Their liberal credentials are impeccable, they're both life-long Democrats who have watched our party abandon liberalism in favor of authoritarian intolerance.

For those of you who have never smoked, you may not be aware that the sharpest critics of smoking are former smokers. Both Taibbi and Greenwald are former Democrats. Do the math. 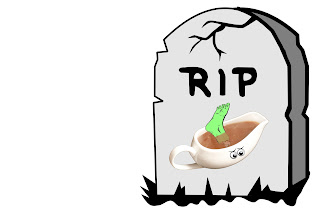 One Foot in the Gravy

The new novel is taking shape. Frank and Buzz are ready to board the superyacht MSY Yasmina.  They've already had to defend their cover story when Frank forgot he was supposed to have a boyfriend named Buzz and reverted to type at a cocktail reception. Buzz has already done most of the engineering work necessary to their cover, and the detectives are trying to identify patterns in the deaths, one each on most cruises. Nothing is suggesting itself.

Captain Land has given them strict orders: Do not let your investigation interfere with the charter. They're still not sure how they'll do that because they don't know what they're looking for. Frank has offered to lead an alligators-and-pythons expedition in Florida while the ship is there; Buzz isn't so sure that's a great idea.

Once on board, they will have nothing but work round-the-clock. Romance with guests is strictly forbidden, and with the crew it would blow their cover as a gay couple since both young men are decidedly straight. We'll just have to see.