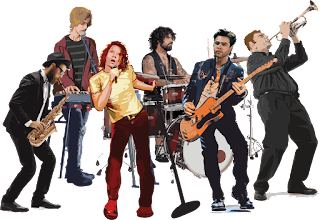 
Did You Ever See Allegro?

I’m Bruce Peralta, a tenor-baritone voice major at Cumberland Conservatory. Yes, there are people nerdier, they just all write computer programs. Which wasn’t an option in the 1960s. My friends were all genre snobs, and claimed to enjoy classical music and opera more than rock. What a crock. Who picks up groupies at a Mozart Symphony, and smokes weed and gets his groove on during Aida?

Anyway, my roommate, Bob, and I decided to start a band. Bob wasn’t front-man material, and not just because he looked like a nerd. He was a classic heldentenor, which is great for Wagner but not so useful for the Beatles. Bob would do something other than being the front man, I figured I’d let it go. I was better-looking than Bob, proven by the fact that my girlfriend was hotter than his right hand. Or the pity-sex-do-gooders who would come home with him occasionally as their good deed for the year.

We didn’t have an official major in beer, but that’s what it was in Appalachia in the 1960s. Sure, we had weed, but the area was about 49% fundamentalists and 49% white robes and burning crosses, and it was a lot harder to get than beer. Which, I understood, was legally food in Germany. Cumberland had some Germans, but they all pretended to be something else.

I tried to minor in sex, but Lydia and I were already hooked up in high school, so it was like taking the same course over and over. If I even looked at another woman, she would start screaming at me. One of my good friends learned her cat had died, and I was comforting her when Lydia walked in. She took it completely wrong, and called me every name in the book. She started punching the poor girl, who ran out of the room crying. I tried reasoning with her, but she wasn’t interested in listening to my explanation for why I had to remove my pants to properly comfort the young woman.

The big industry was railroads, followed by coal mining. It’s hard to make money from a train that keeps going straight through your no-account town on its way to someplace else, so people made money from coalmining. And preaching. We didn’t have the most churches by population, but it was close. Which meant that there was a lot of competition among the churches for attendance. Which left coal mining.

I asked Lydia one day what the cost was for a ticket to Baltimore. She looked at the bus schedule, and I told her to find the cost to travel by rail. She said $131, but only if we were a load of anthracite. Otherwise, there wasn’t any passenger traffic.

In high school we had lived in Southern Maryland, which would have been part of the Confederacy if it had its way. I dutifully joined the Junior KKK, which was just like the Boy Scouts but with burning crosses.

Our first black student applied for membership in the fraternity two years ago, and I blackballed him. Kind of funny when you think about it, blackballing a colored man. Lydia had forced me into it, and threatened me within an inch of my life if I didn’t keep him out. I felt bad about it, looked him up, and we became friends. Last year I sponsored him for membership. Lydia slapped me, so I told her she was welcome to do it again if she was ready to replace some teeth.

It was the Summer of Love, Woodstock, Free Sex, Haight-Ashbury and war protests. None of which ever came to visit. Anyway, I’m just a regular guy with some music talent, a horndog with a new appreciation for my fellow man. 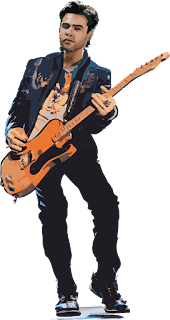