The Value of Beta Readers


Before a manuscript is sent to an editor, many authors use beta readers. They read the manuscript, and give general reactions to it. A beta reader does not edit the book, nor proofread it. A good one saves enormous time and money on editing and proofreading, and gives the author the most important reaction: that of the eventual reader.

I do beta reading for a few well-known authors, all of them friends. I am brutally honest with the authors, because hiding what I perceive as faults is no favor. I told one that the character “Smith” was obviously intended to suffer from bipolar disorder (he was). The symptoms he had displayed in the first, already-published, novel were inconsistent with the disease, but fully consistent with intermittent explosive disorder, a rarer, but more dangerous condition. She wasn’t happy, but took five full days rewriting the character anyway. I have pointed out errors in terminology, geography, dialog and medicine to authors, all of whom have thanked me.

Self-published authors usually use friends and family, who read for free, and typically tell the author the book is great. I want honest reactions, and hire beta readers among acquaintances I can be sure to be honest. I ask beta readers specific questions, such as

Are the characters and dialog believable?

Are scenes and actions credible?

Will anyone care about any of the characters, or have some other strong emotion?

One reader just returned a beta read of Four Seconds on the Clock: College Freshmen, and pointed out inconsistencies with reality that would ruin the story for the reader. She was correct. I’m currently rewriting major parts of the manuscript to conform with reality. Better to delay publication by two weeks than to publish something readers won’t enjoy.

If asked to be a beta reader, the best thing you can do for the author is to be honest, brutally so if necessary. It is better for the author to learn of problems before publication, than to publish and receive scathing reviews.
Posted by Mark at 1:26 PM No comments:

New Cover for the original Four Seconds on the Clock 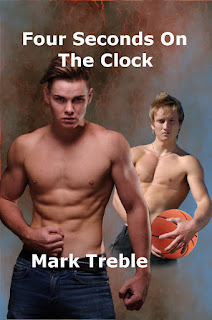 Four Seconds on the Clock: Sophomore Year is in early development. I'll keep you apprised of progress. The original will go on a one-day special for free when the second volume is published.
Posted by Mark at 3:14 PM No comments:

Review of Leta Blake's "You Are Not Me"

A worthy follow-on to Book One. The cast of characters widens, and we meet new characters, such as Daniel, undergoing transformation. Characters already in the mix, such as Renee and Adam, are highlighted for continued transformation. Perhaps Renee is not transformed, but our view of her certainly is, which may be just as important. We learn about many characters' relationships with Peter; their views of him, and interactions with him, that help inform our understanding of the narrator.

Peter's mother undergoes change, and we gain more understanding of her than we had from the first book. Adam's transformation from doubtful to confirmed scuzzball abuser is complete.

In addition to coming-of-age tales, I am addicted to ensemble stories, in which there may be a central character or narrator, but the ensemble itself acts as character, illuminating the story line, and dimming the spotlight on the main character from time to time. Ensemble stories require not just enormous talent, but also finely-honed skills in the crafts of  writing and story-telling. Few authors try to write ensemble stories, because they are exceedingly difficult to write, and management of plot arcs and sub-plots fails without an expert's touch. Another stumbling block to writing ensemble stories is ensuring that every character has a place, a purpose and an identity. I cannot identify a single character, regardless of how small a role, who does not meet these requirements.

Please read book one, Photos of You, first. You might as well order this second book, You Are Not Me, at the same time. If you admire writing at its finest, and love well-told stories, I promise you'll want to read the second book as soon as you've finished the first. Ms. Blake is prolific and busy, and I'm at wits' end trying to come up with an incentive for her to write Book Three. I might have to reconsider the "Kidnap and Dungeon" route.
Posted by Mark at 12:14 PM No comments:

Cover Art for Four Seconds on the Clock: College Freshmen

Unveiling the cover art for the sequel to Four Seconds on the Clock. The cover of the original is being redone as well. Projected Release Date is December15,2017. 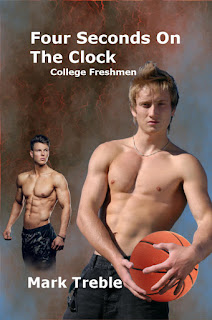