I’m Crandall, Crandall Schmidt. I’m a basso profundo, not mention fatso profundo. I trained to sing opera, so I was basically useless in a rock band. Fortunately, I didn’t know it at the time. John and I got the idea to start the band, and luckily somebody came up with the solution of letting the piano major, Neil, do the singing. The rest of us were voice majors and were at each other’s throats.

I had started playing trumpet when I was nine, and got pretty good at it. I was first chair trumpet in the Conservatory orchestra until George showed up my Junior year. He had first chair after that. I fucked around on baritone, tuba, French Horn, trombone, even Wagnerian tuba, which is a blast. You put a French Horn mouthpiece on a tuba. Like everyone else, I could play piano, but wasn’t particularly good at it.

Mariette and I started dating our sophomore year in college. I was a virgin, she wasn’t. By the end of the year I was whatever the past tense of virgin is. She’s the only woman I’ve had a long-term relationship with, and I’m quite happy. Mariette has a great sense of humor and doesn’t take shit off anybody. She pitches in on the band wherever things are needed, driving, selling merch at concerts, whatever. I think I fell in love with her the day I first saw her.

I grew up in Cumberland, my best friend was John, who’s also with the band. Cumberland is a pretty conservative place; no matter what the Supreme Court said, schools were still segregated when I went there. I’d have gotten a more cosmopolitan exposure if I’d left home for college, but what I got at the conservatory was plenty. I was Vice President of the fraternity, and in my senior year President. We were the first frat on campus to accept a homosexual member, the first to accept a blind member, and eventually the first to accept a black member. We were at a Conservatory, so everybody in the frat was all about music. Unless we were about booze, drugs and sex. Me, I didn’t do drugs. I refused to smoke marijuana because it would ruin my voice. Cigarettes were fun, just no weed. I hope Mariette will go with the band on tour. This is going to be awesome. 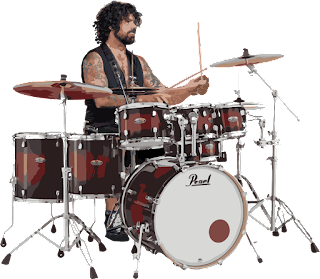