A new series (Another Pointless College Story with Lots of Gratuitous Sex) will be published over the next eighteen months, probably at one book every six weeks. The first volume, Spring Break Awakening, will be published in early July when the cover art comes back with needed revisions.

The only commonality among the stories will be that each collection begins on a college campus. The stories take place in and around colleges and events associated with them. Three or four collections of three to five stories in each collection are planned. I’ll keep you updated as progress is made.

I understand the need and the right to protest; I did plenty of it in the 1960s during the Civil Rights struggles, going on marches and sit-ins. I also know the difference between protest and thuggery. People who know better are conflating the protests with arson, looting and violence and defending the indefensible mob conduct.

The death of George Floyd while in police custody in Minneapolis kicked off the protests and riots. African-Americans are infuriated about police brutality and the killing of unarmed black men by police. The first problem is that the popular narrative is simply wrong. The Washington Post has a publicly-available data base of all fatal police shootings in the U.S. since 2015, by race, by whether the victim was armed, and by several other criteria. In 2019 there were ten (10) black men who were allegedly unarmed at the time the police shot them. There is no question that the number should be zero; there is also no question that the narrative of ubiquitous racist white police officers hunting down black men to kill them is fiction.

As of one week ago, 22 people had died in the rioting. Property damage, largely to black-owned businesses and residences, topped $500 million in Minneapolis alone. In New York, 700 police officers were injured; total injured will likely top ten thousand. US journalism has largely failed to provide balanced reporting, with most sources calling arsonists, looters and other purveyors of violence “protesters.” In Seattle, a mob has taken over a section of downtown and declared independence from the U.S. The last time that happened, it cost more than 600,000 Americans’ lives.

Some of the destructive behavior is difficult to fathom. Burning St. John’s Church in Washington, DC, is senseless. It has served an integrated congregation for two hundred years, and was active in the abolitionist movement. The Lincoln Memorial – to the Great Emancipator – was defaced, as was the World War II Memorial, commemorating the sacrifices of millions of men and women who defeated a racist enemy.

The current fad is to “Defund the Police.” Ostensibly, the money will be diverted to groups concerned with righting injustice. That will have consequences for generations to come. Protesters want police better trained, and are cutting the money needed to pay for it. The cream of the crop has already started leaving, with top performers right behind them. By the time layoffs are announced, every police officer who can get another job will already have done so. What will be left is a combination of poor performers plus those who enjoy wielding authority. There are 240 million calls to 9-1-1 every year. If my house is invaded, I want the responder to be a police officer, not an aromatherapist.
Television shows, even cartoons, that might show law enforcement in a good light are being canceled. Elected officials are turning their backs on law enforcement organizations and personnel, and saying anything in support of law enforcement earns leper status.

Racism will not go away by getting rid of police, and violence against blacks will actually increase with less policing. There are reforms that make sense, such as a total ban on choke holds. Some reforms, if adopted, will have unintended consequences, damaging the political allies of the reformers. For example, qualified immunity is not unique to police; it applies to all government employees at all levels. Unions will dig in their heels to retain qualified immunity, because the largest number of people protected by the doctrine are teachers, the second largest group bureaucrats, with police coming in third.

I’m not sure what the answers are; I do believe we’ll not find them until we begin listening to one another as a matter of mutual respect. 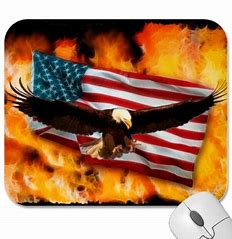 Please help me out here. I will start a new feature within two weeks, writing a serialized novel with at least one post per week.  I have three from which to choose:

1. A lifetime-friendship tale about two men who meet in Kindergarten and form a life-long friendship stretching from 1953 through 2020. Working title: The Greatest of These.

3. A dramedy about two retired medical professionals, one a dental surgeon, the other a podiatrist, who go on a medical mission to West Africa. No working title yet.

Let me know which one you want me to pursue.