A select group of readers will receive a free book 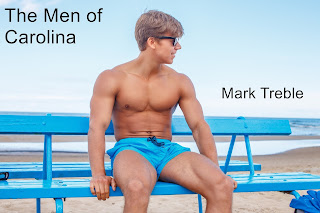 Daron's Guitar Chronicles is the best coming of age story I have ever read. It's a web serial, and I'll warn you now: it's addictive.
Posted by Mark at 2:08 PM No comments:

I need paid beta readers for two completed drafts. E-mail me if interested.


A beta reader is a non-professional reader who reads a written work, generally fiction, with the intent of looking over the material to make suggestions to improve the story, its characters, or its setting. Beta reading is typically done before the story is released for public consumption. Beta readers are not explicitly proofreaders or editors.
Elements highlighted by beta readers encompass things such as plot holes, problems with continuity, characterisation or believability; in fiction and non-fiction.

Finding Each Other, Volume Two of the Finding Series. 62K words, 166 pages. Bromance.


Straight Mike and gay Luke explore what they want from their relationship, and why. Luke has reason to avoid commitment, while Mike has reason to want it. The casual attitude toward sex of many in the gay community – including some of Luke’s friends – causes panic for Mike. He wants someone close to whom he can demonstrate affection, pure and simple. It’s OK to hug and hold hands. What about kissing? What about the petrifying potential for more? Sex is rarely far from the surface, but can’t be allowed to break through. Mike wants a friend, a close friend, maybe even a boyfriend. Luke would be thrilled to have a boyfriend, if he just weren’t so scared – and scared with good reason.

This story overlaps with Life Struggles and the characters and actions move between the two stories. We get glimpses of the Decadence festival in New Orleans and see a few of the events from the perspective of on-lookers, and occasionally of participants. The sexual energy of Decadence interferes with the more important needs for love and affection.

Some things are simply not meant to be understood easily, if ever. In the immortal words of Luke’s nephew, Alex, “Explain it? I can’t explain television.”


This story overlaps with both Taunting and Life Continues. The characters and actions move between and among the stories. We see flashes of a dysfunctional relationship, snippets of a complex murder investigation, and realize that life itself makes a mess of any attempt to find and keep love.

The men take their relationship on the road to the South Pacific where Mike is advising a small island nation on infrastructure and job development, while Luke finds inspiration for his art. They struggle with the meaning of love, sex, relationships, life and many other things that each finds strange in his own way.

Mike’s need for affection meets Luke’s unwillingness to accept it. Both struggle with norms and expectations, grappling with the issues separately and together. Finding love is never easy. Do they?
Posted by Mark at 9:39 AM No comments:

There are several new books that should be available before the end of the year in the Amazon Kindle Store.

All three volumes of the Finding Series, a bromance between a straight man and a gay man, will be published simultaneously in December, along with their companion novellas, each written by the narrator's puppy, Emgee.

Volume One, Finding Friendship, tells the story of Mike (straight man, narrator) meeting and establishing a close friendship with Luke (gay man). It will contain instructions on how to get a free copy of Emgee Adtopts A Pet.

Volume Two, Finding Each Other, tells the story of a deepening relationship, and explores the issues and baggage each brings to the relationship. One of the least important is their different sexual orientations. It will contain instructions on how to get a free copy of Emgee Saves The Farm.

Volume Three, Finding Closure, examines the many ways in which each of the men can bring pain to the other and to the relationship, and the work and dedication needed to repair the bromance. It will contain instructions on how to get a free copy of Emgee Saves The World.

Did You Ever See Allegro, the story of a college garage band in 1969 and 1970, takes the reader behind the scene in organizing and running a rock band. It looks at the music industry at that time, and how it exploited young and inexperienced performers. It gives you a peek behind the curtain for a look at performances from the band members' perspectives. And it lets you watch as the band, a flash-in-the-pan success, shared most such bands' fate byfolding ignominiously.

The book follows the six members of the band for several decades after it folded, and the reader will leaarn how fourteen short months in the long lives of its members shaped their work, relationships and attitudes, for the rest of their lives.

Two other books are scheduled for release in the first quarter of 2017:

The Women of New England tells the tale of a young woman in distress. She just started her law career, and somebody's trying to kill her. Thrills, chills, action and plot twists.

The Men of Carolina follows a young gay man's fourteen year search for love. Caution: Some material may not be suitable for minors.

Somebody is killing the elderly members of New Orleans’ venerable Martyrs’ Episcopal Church. Are bigots targeting the church for holding gay weddings? Are activists targeting the church because its priest wants to preach instead of politicize, and minister instead of marching? Or, perhaps it’s because the church’s congregation has shrunk while the value of its land has skyrocketed.
Posted by Mark at 4:40 PM No comments: