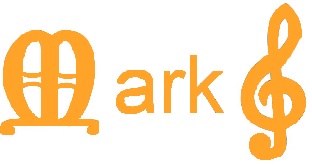 I'm currently working on a number of books.


The Trip to Helen Gawne (Volume 1, comedy), In the editing queue Available in late 2015

Four lifetime friends go on a road trip to take one last shot at winning the heart of their mutual former crush, the Prom Queen. Except it’s almost fifty years after high school and the guys are all in their sixties. What can possibly go wrong?

Jake, the class clown, is longing to restore his youth. Plus his knees, his colon, his hips, and half a dozen other body parts that will no longer cooperate.

Alessandro, once nicknamed by the high school girls TDP (Tall Dark and Promiscuous) nowadays eats Viagra like candy. His third wife left when the sex went from bad to none, and he’s desperately seeking something to revive his flagging libido.

Elvis divorced his wife after finding the new lawn care guy trimming her bush, plowing her garden and fertilizing her field. The town’s #1 (and only) dentist, Elvis needs a break from looking down in the mouth. Not to mention hackneyed dentist jokes.

Woody, the perennial bachelor, is along for the ride. Plus, if he goes, his sister’s twenty-some grandchildren can’t pester him to come out and throw the football with them. The one-time high school football star can no longer throw, can no longer hold the ball, and most importantly, can no longer remember where he left it.

Helen Bradley, the Prom Queen, had married Richie Gawne, the basketball star in a sports-crazy town. An unfortunate accident with a bouncing basketball knocked loose a nasty clot in Richie’s brain and, well, he’s now playing for another team. And his widow, Helen Gawne, is once more available.

As their golden years tarnish before their eyes, the four friends take off cross-country on their last desperate shot at youth. They’re on The Trip to Helen Gawne.

“Basketball is one-third skill, one-third dedication, and the other two-thirds is mental.”

The Stoneport, Florida, Sasquatch basketball team has average players with average talent and skills. The small rural school wins most of its games and is a perennial contender for the state championship. 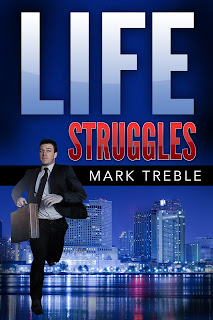 Ethan McQuade is a recently-widowed investigative reporter for a New Orleans newspaper. Thirty-one year old Ethan and his step-son of eighteen, Alex DeLauder, live together in a fragile truce that is broken and repaired at least daily. Unfortunately, the glue is running out as the relationship deteriorates.

Then Alex mysteriously disappears and his clothes are found at the curb. Ethan’s search for his step-son is fruitless. Frantic, he calls the police with little hope of any assistance. He is happily surprised when Detective Danny Flint shows up quickly with reinforcements. The reason the police are taking this seriously, though, is frightening. Alex is the tenth young man to have gone missing without explanation in the past year.

The police and the FBI’s profilers can find no pattern. No one knows who is responsible, why this is being done, or where the young men are. As the police conduct a search Ethan enlists the help of his own confidential sources to navigate the danger-filled underworld of New Orleans crime. He looks for explanations in sex, drugs, murder and elsewhere. Each step into this cesspool brings Ethan one step closer to his own death. An avaricious Motor Vehicle clerk, a convicted murderer and a gay graphic artist are only a few of those who lend a hand. Ultimately, though, Ethan is on his own. And he’s running out of time. Before Alex can be found Ethan is left for dead. Finding Alex just unpeels the first layer of the onion.

Simple kidnappings rapidly evolve into a medical mystery. These young men all have something the kidnappers want, but for what purpose? Where are the young men, who are the perpetrators and who is behind this? Every time a layer is peeled back another, more complex, one is revealed. And, the final questions are not answered until the last page – if then.

Life Continues (Volume 2, coming of age/comedy) In the editing queue Available in late 2015

Alex acts out while Ethan tries to cope. The stepson/stepfather duo cycles among fighting, sulking, looking for love (and sex if available), and having spectacular meltdowns.

Ethan and Alex wind their way through strange situations and characters. Alex’s politically correct grandparents see no conflict in their support of Women’s and Gender Studies at a university while deploring the fact that Ethan lives next door to a ho-mo-sex-wall. Their NAACP membership is in fully consistent with lamenting the integrated nature of Ethan’s neighborhood.

A visit from a couple of Swedish-speaking Finns raises serious questions. Are most Americans prunish? No, not that prunish, that one’s a breakfast pastry. The other prunish. Would America ever have invaded Iraq if its men’s manslems hadn’t been mutilated as infants? Read and find out.

Alex gets arrested again, this time for attempted murder. His innocence can be proven, of course. Just as soon as a woman comes out of a coma, a young girl regains the ability to speak, and a violent drug-maker stops clinging to his right to remain silent.

Other characters make brief appearances. Officer Ding Dong and Officer Pantyhose are but two. The studio filming a movie of Ethan’s book wants a high-budget all-star cast. It also wants to use an actor who has been dead for thirty years in a lead part. Then Deidre, Alex and Ethan’s lawyer, wants to give legal advice to Alex's Zanderpinky behind closed bedroom doors. Attorney-client privilege, you know.

Throughout the narrative the single most important character is already dead. Alex’s now-deceased mother (and Ethan’s now-deceased wife) drives the characters’ actions, motivations and accomplishments. Dana DeLauder’s sudden passing left her widower and her orphaned son each trying to save himself while working to sink the other. She left a legacy of lifted hearts and golden opportunities for the large number of musical groups she helped launch. She left a gift of unconditional love for many others. How does the extended cast cope with her death?

Life becomes a pinball machine. Alex and Ethan are silver balls bouncing off one another as well as a host of traps and obstacles, both real and perceived. Friends, neighbors, rivals, strangers, enemies and lovers are flipping paddles faster than the balls can react.  The only thing certain in the game is that a ball will go down a hole. Just where it pops up is anybody’s guess.

Life destroys and life creates. The balls move faster and less predictably. As Ethan and Alex work to establish some kind of balance, they’re in a race with the machine. Each wants to win the game before the machine calls Tilt.

Danny Flint and the HPC are faced with an inexplicable series of smash-and-grab jewelry store robberies. They all share the same M.O. but the perps are all different.

The robberies spread across the state, and then something changes. Somebody dies. Suddenly the jewelry store robberies cease and now it’s pawn shops. Same M.O. as the jewelry stores, just different perps every time. Then one of the perps dies. With an identity should come motive, but none can be found. He’s a successful businessman with nothing to gain from robbery, but everything to lose – including his life.

When another businessman comes forward with a tale of intrigue, blackmail and shame, it provides an explanation but puts the squad no closer to finding the people behind the crime spree. When an audacious crime is pulled off flawlessly, the well-to-do criminal is killed during the getaway by his own accomplices. Can the squad find the masterminds before anybody else has to die?
Posted by Mark at 3:55 PM