The original cover was a comedy of errors resulting in something that didn’t work well. The new cover was delivered today and will be uploaded to Amazon later this week. 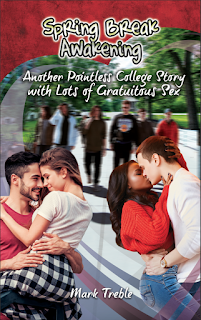 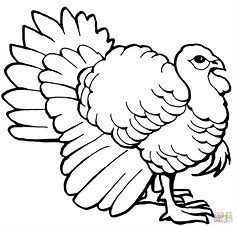 Let's be grateful we have each other, not only today, but every day.

Hello, Logan here. We’re doing this one together. We understand Ralph and Becca were very funny during last week’s broadcast. Thanks for covering us, guys.

Sorry to miss the show last week. We were both at the emergency room with one of the young men from a group Tommy works with. His mother called us, frightened that her husband might come back, and afraid that she and her son would be arrested and deported since she didn’t have a green card. Tommy talked to a nurse, who told him the kid was in radiology, and I talked to the mother, who didn’t speak English. She’s not willing to talk to the police, doesn’t want her husband arrested because he might be deported, is afraid to go home and afraid to stay here.

I called Sister Emiliana, a nun who works with the homeless Hispanic population, and we left the mother at her office with a couple of volunteers while Sis and I went to the apartment. She explained to the kid’s father that his son was the way God had made him, and God had chosen the father to take care of and to love his son. After that I couldn’t keep up with the conversation. I reached Tommy, who would stay at the hospital overnight with the scared kid. A couple hours later, after Sis and the dad had done a lot of praying and crying, I drove both to Sister Emiliana’s place, we picked up the mother, and I drove the parents to the hospital.

We found a Catholic Chaplain who went with the three of us to the kid’s room, and the priest took over. The kid translated as needed, we all prayed, everybody hugged (so much for the pandemic), and Tommy stayed with the kid while I drove the parents home. Two days later, I picked up Tommy while Sister Emiliana picked up Mom and kid. As of this morning, all is well.

Except for the Mayor. She has demonstrators in front of her place demanding that she defund the police and prevent the feds from coming in. I’m not at all sorry for her, she brought this on herself. The poor in the minority neighborhoods want more police, not fewer. All Mayor Lightbrain has to do is walk behind the people doing the shouting and actually talk to the common folk. But, the common folk don’t have big bucks to contribute to her campaign.

All right, Logan, enough of that politics stuff, time to get on the important things: Sports. Our season is over, but we’ve got friends on other teams that are involved down in Orlando. Potppinseed said that the Bubble was incredible, with a net return that was fantastic for the League. Look at me, talking about financial net returns. Quite a change for a dumb jock.

So, Washington didn’t last long in Orlando, but Poppinseed said it was still cool. He agrees with us that it was a conspiracy to keep Chicago out of the playoffs, but that’s what happens when you falter badly. No conspiracy can keep you out if you’ve got a winning record; we didn’t. Sure, teams with worse records made it, but that wouldn’t have been an issue if we’d been winning.

Don’t know about next year, yet. If there is a next year. Most of our teams are located in cities where lockdowns have been the most severe, and the least effective. I’m not as up as Logan on all the political shit, but I’ve noticed that if something isn’t working, it probably wasn’t intended to work at what was advertised. So, the lockdowns weren’t intended to reduce the virus, but do something else. Whatever that is, either it’s working or they’d have ended them. We’ll just have to see what happen next year.

Baseball’s sixty-game season starts tomorrow, and there’s nothing anybody’s doing to shut it down, at least not yet. However, the teams aren’t all located in cities and states with severe lockdowns, so maybe that’s a difference. Who knows? I don’t know anybody in Major League Baseball. A few of our players from DCU got minor league contracts, but nobody’s made it to the big time yet. Wait and see. That seems to be the theme of the whole fuckin’ year. Wait and see.

A sports reporter friend is close to several sources in the NFL. She tells me that the NFL season will go on, but I have my doubts. It’s still a week until training is scheduled to start, and there’s a huge pile of money to be made from advertising, stadium-naming, team swag and subscriptions to inside information in the NFL. Maybe it will actually have some games. It’s 2020. Wait and see.

Til next time. This is Tommy Westews saying good=bye on behalf of myself and husband Logan.

Hwy there. Obviously, I’m not Logan or Tommy. You might have seen me on the basketball court occasionally over the last year. My name’s Ralph Robles, and this is Becca, my better half. My much better half, in fact.

The other two guys are out at a hospital emergency room to help one of the boys in Tommy’s group for at-risk teenagers. I’m not going to tell you his name or answer any questions, except to say that his parents don’t speak much English. The guy’s father came unglued when he caught the kid kissing another boy, and beat him unconscious. His mother called Tommy from the ER. I’ll let you know more if I learn anything else.

There’ are a bunch of messages piling up. We’ve got one from, oh, it’s from Coach. Let’s see here, “How did you dumb co …. mother …… people manage to miss the playoffs this year?” Well, Coach, I guess we needed you to guide us. Not like we didn’t have the highest-scoring team in basketball this year, and without the last-minute rule changes we’d have been fine. Anyway, I thought you were retired already.

Here’s one from Samuel T. in Florida. It’s for Becca. “Do you put out?” I gotta tell ya, Sammy, does she ever. You oughtta be here when the four of us get going. Man, it’s like nothin’ you’ve ever experienced. All three of us at once. What? It’s a joke, babe, don’t you see I’ve got the mute button pressed? Whaddaya mean, that’s not the mute button. Oh, shit. Listen, Tommy and Logan will be back next week. Stay safe.